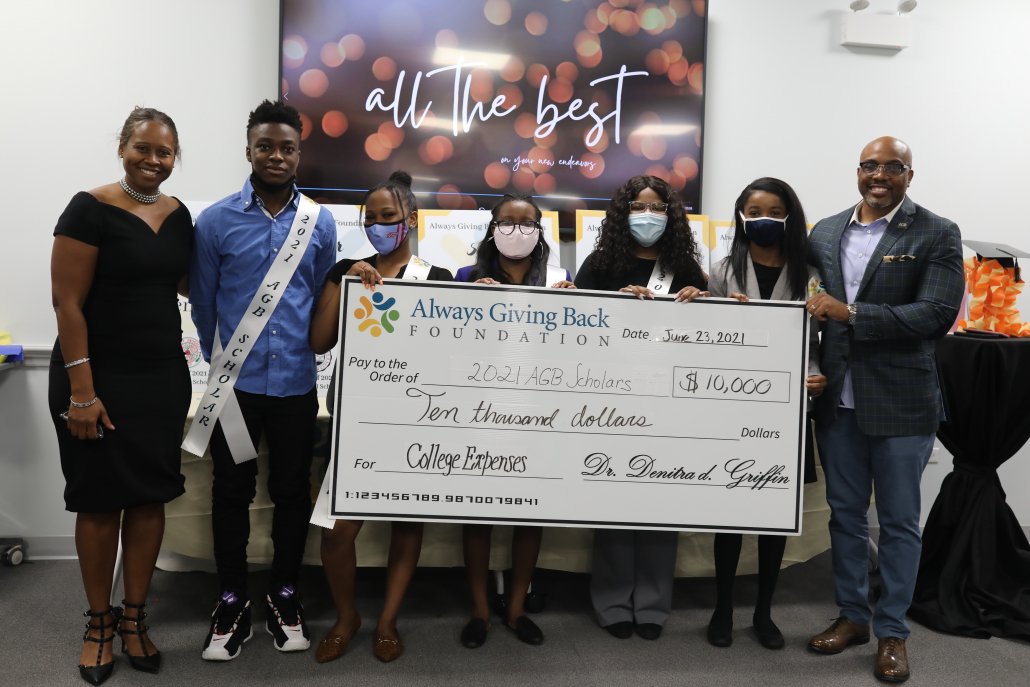 “Surprise is the greatest gift life can grant us” said Russian Poet and Novelist Boris Pasternak.  This quote rings true and was definitely a surprise for the five scholarship recipients. According to scholarship statistics by race, only 38% of scholarship recipients are minority students, and 62% are white students.  The AGB Foundation has leveled the playing field by awarding (5) Scholarships to deserving minority students in June. How did we do this ? The AGB Foundation was awarded a $40,000 grant courtesy of NBC Universal Studios.  This grant enabled us to extend our program to provide additional services like care packages, mentorship, mental health and wellness support throughout the duration of their academic career. The Scholarship categories were named after the First Family of AGB, The Griffins, otherwise known as the G Tribe!

Each of these scholarships were awarded to students in secrecy with them being under the impression that they were coming to AGB for a follow up interview. Unbeknownst to them, we had secretly hidden their parents in a conference room where it was revealed that their students had been awarded a scholarship. You can imagine their surprise.  The students were in a different part of the building, where they were anxiously awaiting further instruction. They were reunited with their parents in celebration of the big reveal that they had each been awarded a $2,000.00 renewable scholarship. This was the first time in AGB Foundation history that we were able to award a renewable scholarship thanks to the grant provided by NBC Universal Studios.

The AGB Foundation thought about the scholar’s journey as they head off to college by providing each winner with a new set of matching luggage.  As Oprah Winfrey would say, “you get new luggage, and you gGet new Luggage”. It was quite a surprise as we rolled the luggage out and presented it to the scholarship awardees.  The parents of the Scholars were very appreciative and thankful for the luggage as evidenced by the happy smiles.  The morning’s event was capped off with a luncheon and no event is complete without cake.

The five Scholarship recipients are pictured below: They represent the Future of Black Excellence to come. 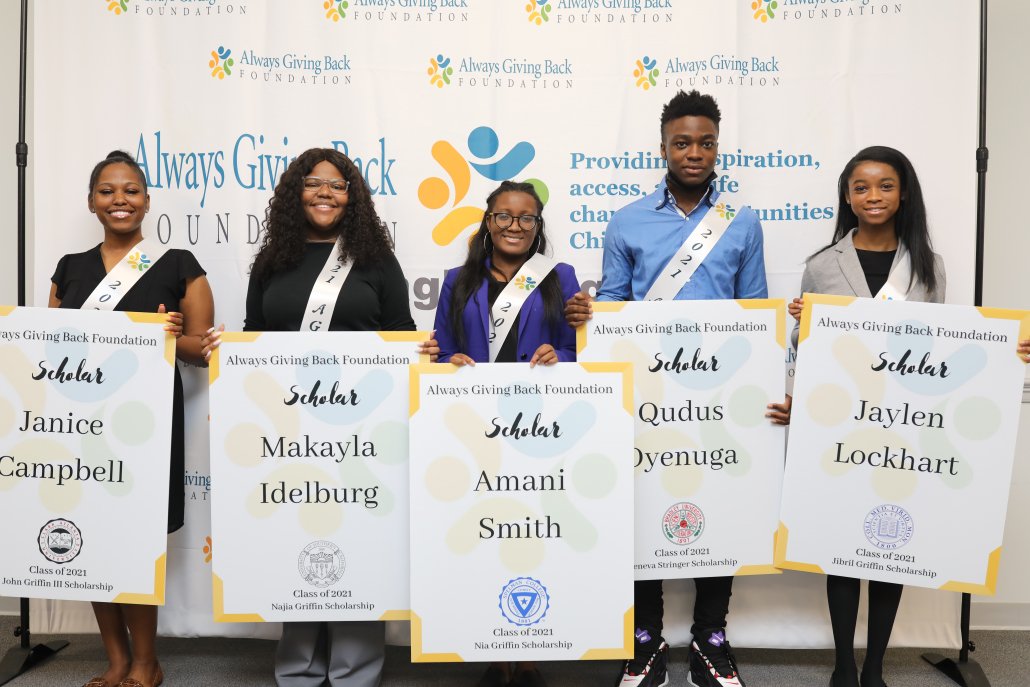 “The scholarship program is more than just about giving money, ” said Dr. Denitra Griffin.  “It is really about connecting with young people and helping them gain access to the resources they need in order to secure employment post graduation.”  “This grant from NBC 5 Universal Studios is allowing us to do that.”  “It is allowing the opportunity to share our resources and information to coach our Scholars throughout the tenure of their studies.”

Thanks for your continued support to the Always Giving Back Foundation.  If you would like to continue the blessings, please click on the following link:

We are creating life changing opportunities for Chicago youth and inspiring the next generation of business leaders. Help us transform the fabric of Chicago's neglected neighborhoods, one young person at a time.